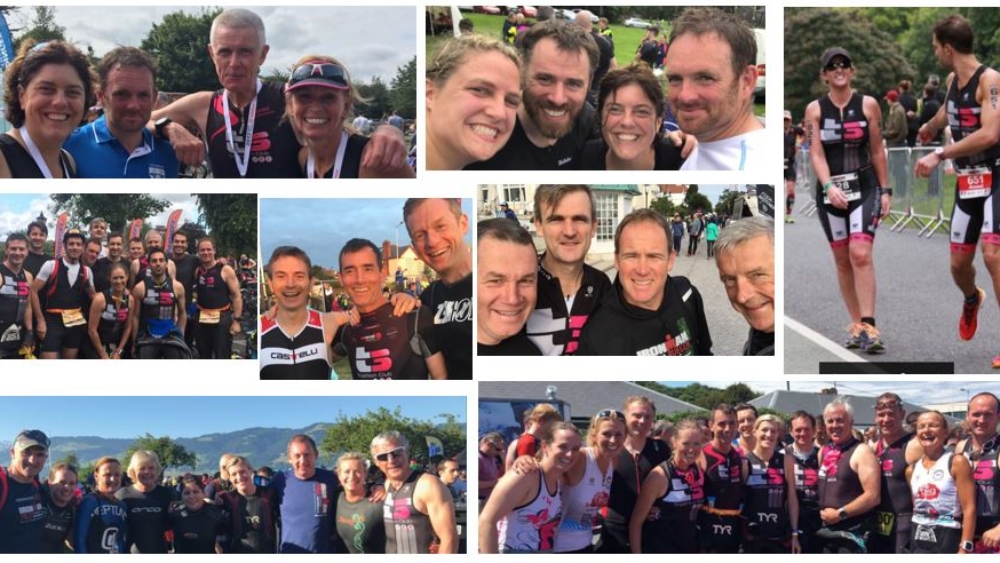 I think that it is safe to say that 2017 has probably been our busiest Triathlon season in the history of T3. We had large groups of members competing  in a wide  range of  multisport activities . For the first time this year we added Warm weather training in early April . A group  flew out to Puerto Pollensa  in Majorca for three/four  days  intense training with cycling  Coach Mark Paverley and his team and it seemed to be a huge success with some extremely tough Climbs achieved on the bike and some great Running and early Swim sessions thrown in .

Our racing season really started in Carlow Tri795 where after lots of promotion we had a great group  racing  including some newbies who  managed  fantastic results .Then on to its big brother Athy where members tackled the Double ,the Olympic ,the sprint and we even had 2 young members Niamh  Foran and Peter Shanahan get placed in the 16-19 category, now that brought down the age profile !

At the end of May a large group also headed to tackle the Beara cycle again in beautiful conditions and with meticulous organising by Sarah Mortimer it was a very special weekend  and we are all signed up already for 2018 .  A week later a group of ten headed off to Switzerland 70.3 in Zurich with swimming in a lake like glass , cycling in smooth mountainous roads and running in 33 degrees  we survived !!

July saw members travelling every weekend to Wicklow ,Sligo ,  Lanesboro and   Loughrea we were represented everywhere  and then August came and of course the Holy Grail, Dublin 70.3! As usual there was a great T3  turnout  including again a number of newcomers to the distance.  Conditions were close to perfect  and not surprisingly a well-deserved podium 2nd place for  Laura Schilling.

You would think then maybe members needed a rest but  not a bit ! On to Dublin City Tri and then ironman 70.3 Ruegen, where four of our elite athletes travelled across Europe once again to achieve some  blistering times, including sub 5 hour time for John O’Leary.

This was followed by Glendalough festival and  for some a marathon swim in appalling conditions but what an open water achievement !  And finally all good seasons need a climax and we had it last weekend 1 October in Ironman Barcelona.  Congratulations to Ronan Allen (a career best time of 9 hours 58 minutes) and Ger Bennet  both had amazing races and provided endless pleasure for the rest of us following closely from Dublin .

So what more can we say ? We hold our club AGM in a few weeks ,our new season starts end October and already there are plans  being made to race in Marbella, Helsinki, Barcelona ..and lots more!  Roll on 2018 !!