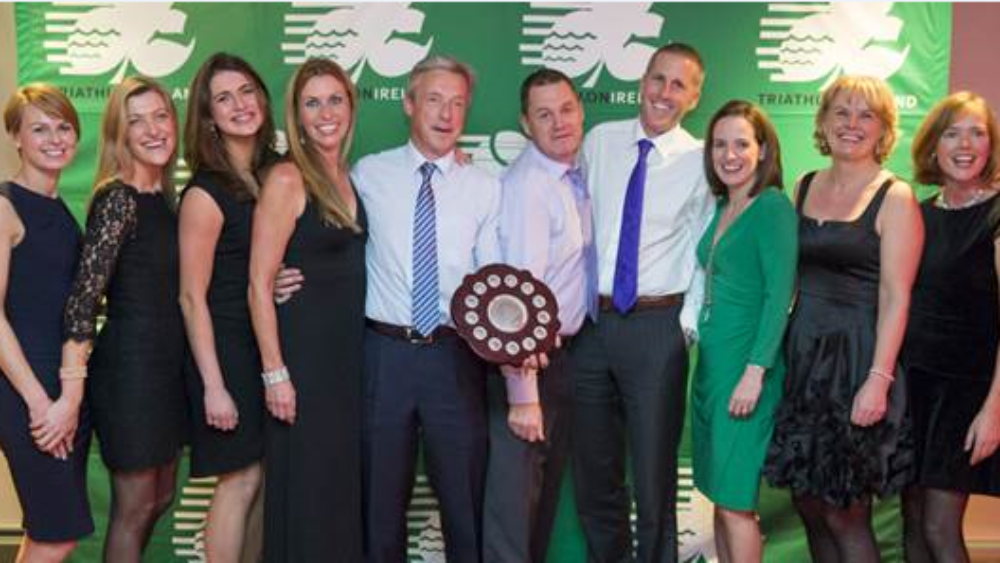 A great night was had at the Triathlon Ireland Awards dinner on 2 November– no aero-helmets, energy gels or Lycra on show.

The girls retained the Women’s Club Championships and generously insisted that the men get in the photo too!  Congratulations to the T3 Special Ones:  Marie Boland, Jenny O’Connell, Maire-Triona Keane, Kim Doyle, Gena Byron and Laura Shilling.

As well as the Club Championships, T3 collected an impressive array of other (women’s) prizes:

In a bid for T3 to corner additional prizes on the night, Anna Rowan took part in the Plank competition and was awarded free TI 2014 membership (note, the winner of the plank managed over 6 minutes).

Mark showed an impressive transition time from table to dance floor and treated everyone to a selection of his AC/DC air-guitar struts.  The rest of us generally shuffled, deploying a variety of hip flexor stretches, front scull and catch-up arm drills.