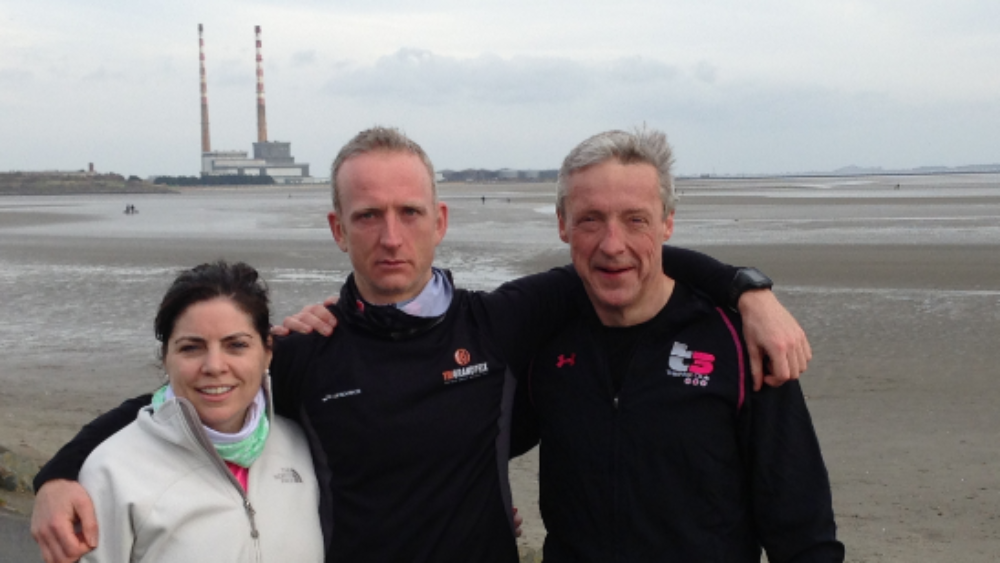 The 2014 T3 Half Marathon was held today 8 March on a windy but dry Sandymount course.  Cahir O’Higgins led from the start,  and defended last year’s title in style, settting a course record 1:27:58.  Second home was John O’Leary in 1:32 and third was Helena Walsh in 1:34.  Well done to all who turned out to run, particularly those athletes who were running their first half marathon.  T3 2014 half marathon timesheet